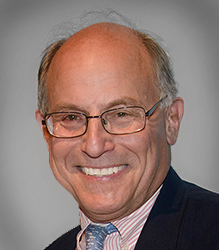 James Preis a long-time ACOF Board member and Homeless Advocate passed away on October 12, 2018.  James was a founding Board member for ACOF, and served continuously for 30 years until his passing. We will miss him tremendously.

The Advocates: A documentary about LA’s homelessness crisis and the campaign to pass Measure H is now showing in theaters. “The Advocates” premiered last month at the Los Angeles Film Festival to a sold-out crowd. The film is very well done and should be of interest to anyone concerned about homelessness and its solutions. It’s showing at Laemmle Santa Monica October 19 – 25, as well as the following theaters:

Today is #NationalGardeningDay! Creating a garden is not only a great way to beautify your home, but also a great hobby. Visit www.acof.org/give to support our mission to #EndHomelssness and continue to provide nurturing activities to our tenants.

The COVID-19 Pandemic has forced many people into homelessness, increasing health inequities. According to Los Angeles County Department of Public Health “housing affordability, stability, and quality are essential for health and well-being.” This #WorldHealthDay we ask that you join us in our mission to #EndHomelessness through the provision of quality permanent supportive housing for people with mental illness. Visit www.acof.org/give to support us today!

Breaking news! The Biden Administration has unveiled their “American Jobs Plan” which proposes $213 Billion for Affordable Housing. This proposal has the potential to make a huge impact on creating affordable housing and can help #PutAnEndToHomelessness. To learn more about this proposal, click here: https://bit.ly/3rCQH9X #EndHomelessness